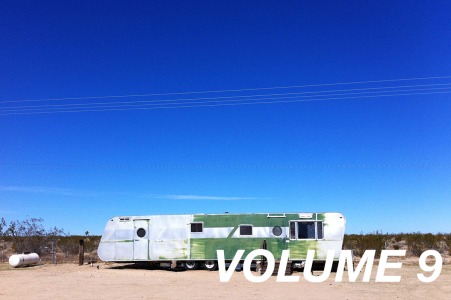 My poem “The Astronaut Returns Home to Scottsdale, Arizona” has been published in the latest volume of Trailer Park Quarterly

From the space station’s window
the cloudy Earth was a glaring
glaucoma stricken eyeball; he could
pinch it between his fingers and roll
continents like a piece of dough.
The moon neither waxed nor waned,
but hovered perpetually in awe
not sure what to make of his presence.

When he landed on Earth
the relativity of time made him
ten milliseconds younger.
But there was no convertible
to ride stoically in a parade,
no ticker tape with long worthless
Pan Am shares littering the street,
not even a row of press microphones
to record his heroic folksy modesties.

They measured his vertebrae,
dilated his pupils, tested
his spatial reasoning skills, mocked
the smell of his breath off the record.
They wondered if he knew
about the fatality during game 3
of this year’s World Series.
Was he aware of the new app
that uses sonar to determine
the ripeness of a cantaloupe?

As he orbited among satellites
that guide jet planes,
intercept Russian intelligence
and transmit the Spice Channel,
his wife took to sleeping
in the middle of the bed.
When he retired at night,
the crater in the mattress
slid them both together
in a premature intimacy.
His skin had known only
the touch of urethane and polymer
and for both, the foreign body heat
felt like eating tuna in a sauna.

As he paced wearily through
his kitchen, he found not Tang,
but organic orange juice.
He tensed as extra pulp slimed
down his unaccustomed throat.
He looked up for the moon
but it was just a faint crescent:
a brittle toenail clipping
soon to be swept into obscurity.